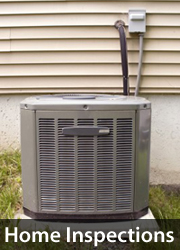 Many home buyers have found the perfect house, signed on the dotted line and may think they’ve watched enough home improvement shows to know if the home they’re getting is in good shape. Unfortunately, some buyers make the mistake of skipping a home inspection in order to save a little cash.

Even if a home has already stolen your heart and you’re ready to pay for it as-is, you need to bite the bullet and hire a home inspector to let you know what repairs and financial repercussions await you.

Why You Should Hire A Home Inspector

You might know a thing or two about home remodeling and repairs. However, most people are not experts on the inner workings of a home. That is why it’s important to hire a professional to search for potential furnace issues, electrical wiring mishaps, plumbing weaknesses or roofing deterioration to name a few.

While a home might look like it’s in perfect condition on the surface, there could be major issues hiding beneath its façade. That’s why it really is imperative for your safety that you hire an inspector to scrutinize the bones of your home. Understanding any imperfections may also help you budget for immediate and future repairs.

When to Schedule the Home Inspection

Once you’ve signed a purchase contract, you’ll want to schedule a home inspection before the inspection period has ended. Even though you’ve signed the offer, an inspector could just find something that you just cannot live with or afford to fix.

While you would normally schedule an inspection after you’ve signed a contract, it’s important to have an inspector or two picked out beforehand. Ask your real estate professional or friends and family for referrals and then contact the inspectors for pricing and a list of what they will and will not cover at the inspection.

Once again, remember that the cheapest price may not be the best deal on home inspections.  Have a good understanding of what, and who, you are investing in.

Even if you do know a lot about the structure, plumbing and wiring of houses, don’t let your ego get the better of you. It’s important to shell out the additional money to hire an inspector and cover your assets. You’d hate to end up with a home that needs major renovations and not have known about it.

For more information on hiring a professional for your home inspection or for a referral, please call today! 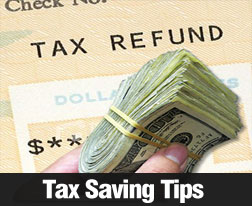 Filing your taxes can be a complicated and confusing process. If you are a home owner you may have many different home tax deductions and credits to consider.

Since we recently passed the filing date for 2012 taxes, it may be a good time to plan for next year and get your tax tracking systems in place. Check carefully to make sure that you are not making any of these common homeowner tax mistakes – which could cost you money or get you in trouble with the IRS.

If you work from home, you will be able to deduct a percentage of your housing costs for your home office. However, most people don’t know how to calculate this and don’t realize that it also has to be recaptured when you eventually sell your home. You will only want to claim it if it is worth it, so make sure you know exactly what you can write off.

Don’t forget to keep a record of home maintenance, repair expenses and any other relevant documents as you go along.   The money you spend on improving your property can help offset future capital gains tax. Keeping good records will save you a lot of headaches when tax time comes around.

Remember that you must take the tax deduction for your property taxes in the year that you have actually paid them. No matter what the date is on your property taxes bill, you should enter the amount that you paid in the calendar year. If you confuse this part, you might end up claiming the incorrect amount for the year.

These are just a few of the common mistakes that home owners can make when filing their taxes. Avoiding these mistakes will ensure that you pay the right amount and avoid any hassle from the IRS.  Also, please double-check all of these suggestions with a qualified, licensed tax preparer in the  area.

The U.S. Department of Labor released its Non-Farm Payrolls and National Unemployment Rate reports Friday showing 175,000 jobs were added in May, which surpassed expectations of 164,000 new jobs and April’s reading of 149,000 jobs added. The jobs added in May were largely from the private sector.

However, the national unemployment rate for May was 7.60 percent, one-tenth of a percent higher than expectations and the April reading of 7.50 percent. The rise was attributed to more people entering the workforce as opposed to people losing jobs.

Economists were pleased to see jobs increasing against an environment of higher taxes, a soft global economy and budget cutbacks in the U.S. government.

A lingering issue for U.S. labor markets is the number of people looking for full time work, but who are unable to find full-time employment. When these workers are added to the ranks of the unemployed who are actively seeking work, the actual unemployment rate almost doubles to 13.8 percent for May.

The national unemployment rate is based on workers who are actively seeking work. Many U.S. workers stopped looking for work after years of unemployment.

These reports don’t provide a clear indication of what the Federal Reserve may do regarding its current monetary policy; the Fed is currently purchasing $85 billion a month in U.S. Treasury bonds and mortgage-backed securities (MBS). This effort is intended to keep long-term interest rates, including mortgage rates, lower.

The Fed has indicated that it will review its quantitative easing (QE) policy relative to improvements in the economy. In recent months, the Federal Open Market Committee of the Federal Reserve (FOMC) has discussed lowering or eliminating its QE efforts, but so far is maintaining its current level of QE and maintaining the federal funds rate at 0.250 percent.

While housing markets are improving, the jobs sector is moving at a slower pace. This suggests that home prices could rise even faster if more consumers had sufficient income for buying a home.